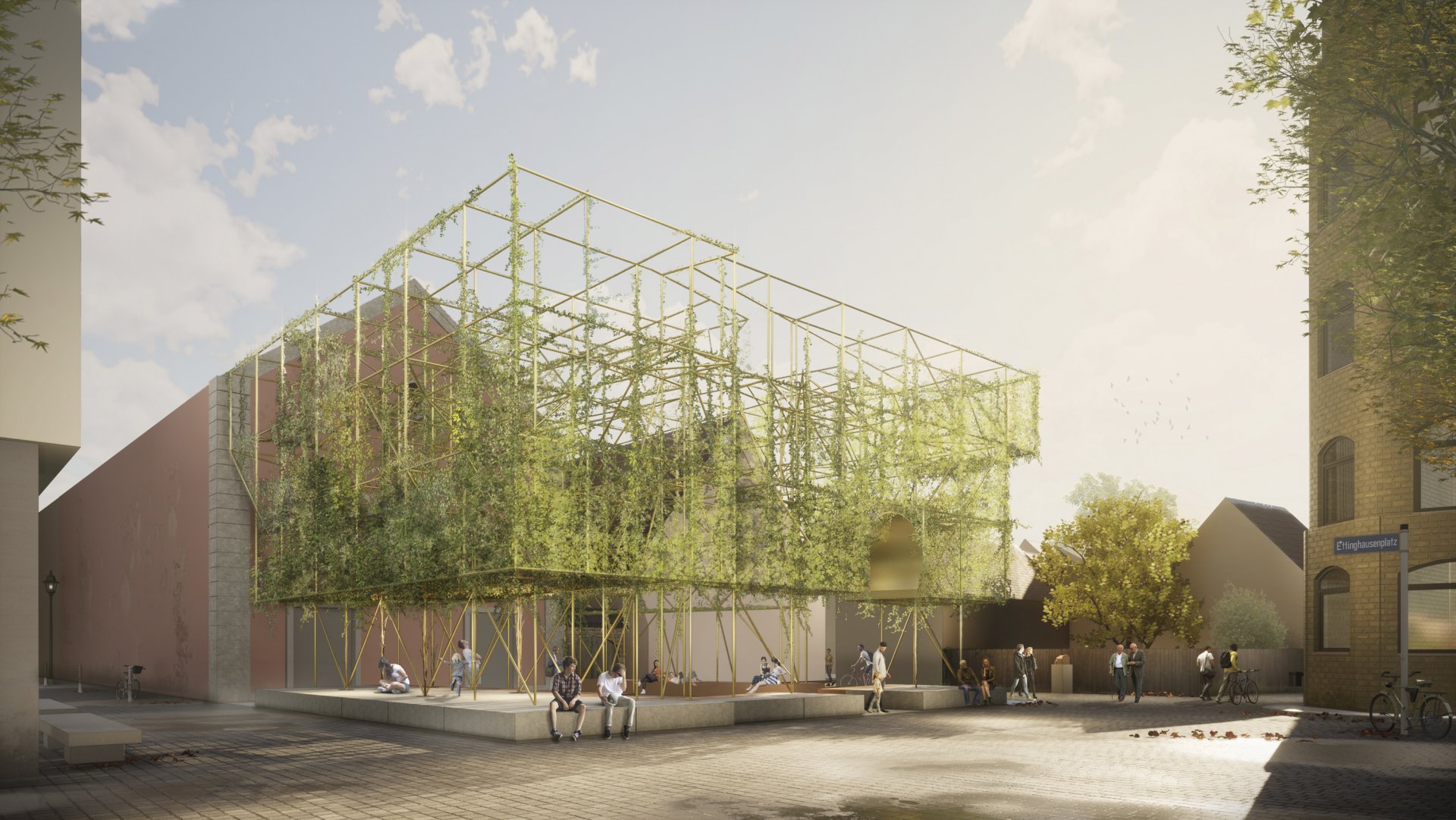 Frankfurt am Main, 2022, together with KuBuS Freiraumplanung

Ettinghausen Square is a place with a very varied history. Besides the fortified tower and the former city wall, the destruction of the synagogue is a particularly painful loss. In this context, the new Ettinghausen Square is designed to be a place of remembrance. The loss of the synagogue in particular is spatially transformed by featuring a blank space in its stead.

The paving of the square depicts the elements that have disappeared over the course of time in the form of a colored relief – analogously to the monuments that stood here and are now preserved beneath the surface.

Integration into the urban fabric
Ettinghausenplatz lies between the hodgepodge of building on Marktplatz and the Old Town with its numerous small buildings. Although it can be said to form a connecting element between the two sections of time, at present it has more the feel of a gap between buildings. The concept that plays with the ambivalence of apparent volume and space takes precisely this as its starting point.
Through a translucent structure, the verdant canopy once afforded by the trees that have been felled now interfaces the heterogeneous buildings is echoed in a heightened form.

Spatial design
The square’s space is construed as a volume in which the synagogue and the city wall and important connecting routes are mapped as spaces. In order to preserve the square’s permeability, this volume is suspended roughly 3.50 m above the ground. In fact, this volume consists of a simple three-dimensional steel lattice that is abstract in color. The lattice boasts fine bracing such that that it supports greenery in the guise of climbing plants. Thanks to the greenery, the lattice-cum-trellis resembles a green volume, forming a memorial space for the synagogue and at the same time an attractive, leafy square.

The old city wall is discernible in the form of a footprint in the south.
The design of the paving is derived directly from the archaeological mapping – the new paving renders it the historical layers clearly legible. The inside edges of the space and the archaeological foundations of the synagogue are now traced in the form of a podium such as to create a greened urban square with many seating options, encouraging passers-by to linger and chat and children to play.

While the permeable spatial structure of the synagogue, and people can now sense its presence, is positioned in front of the heritage listed bunker, albeit without obscuring it, from inside the lattice you get a completely unobstructed view of the bunker. The other archaeological themes (such as the city wall with the fortified tower) are depicted in colored architectural concrete. 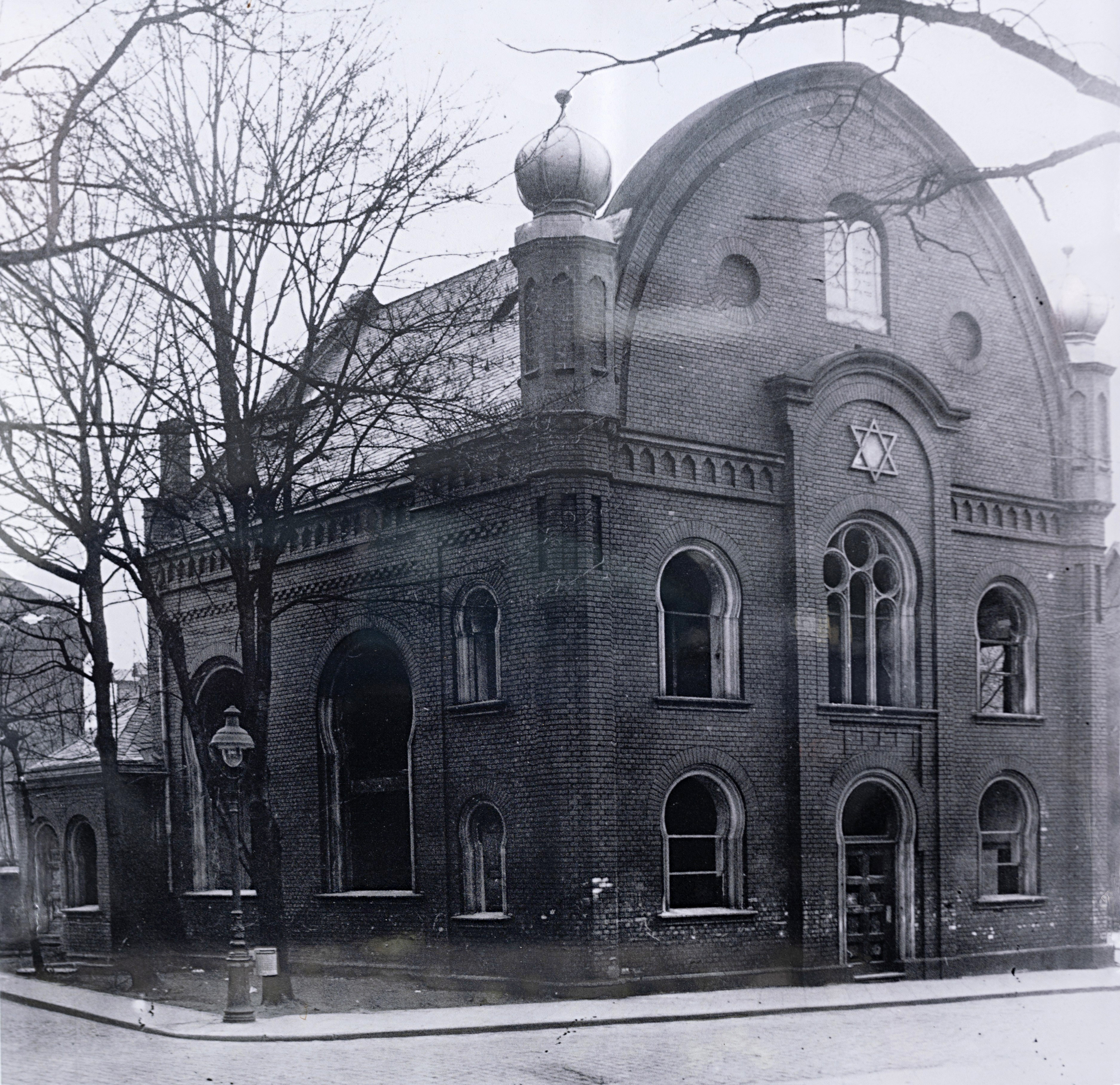 The synagogue in Frankfurt-Höchst after the Kristallnacht-Pogrom, 1938 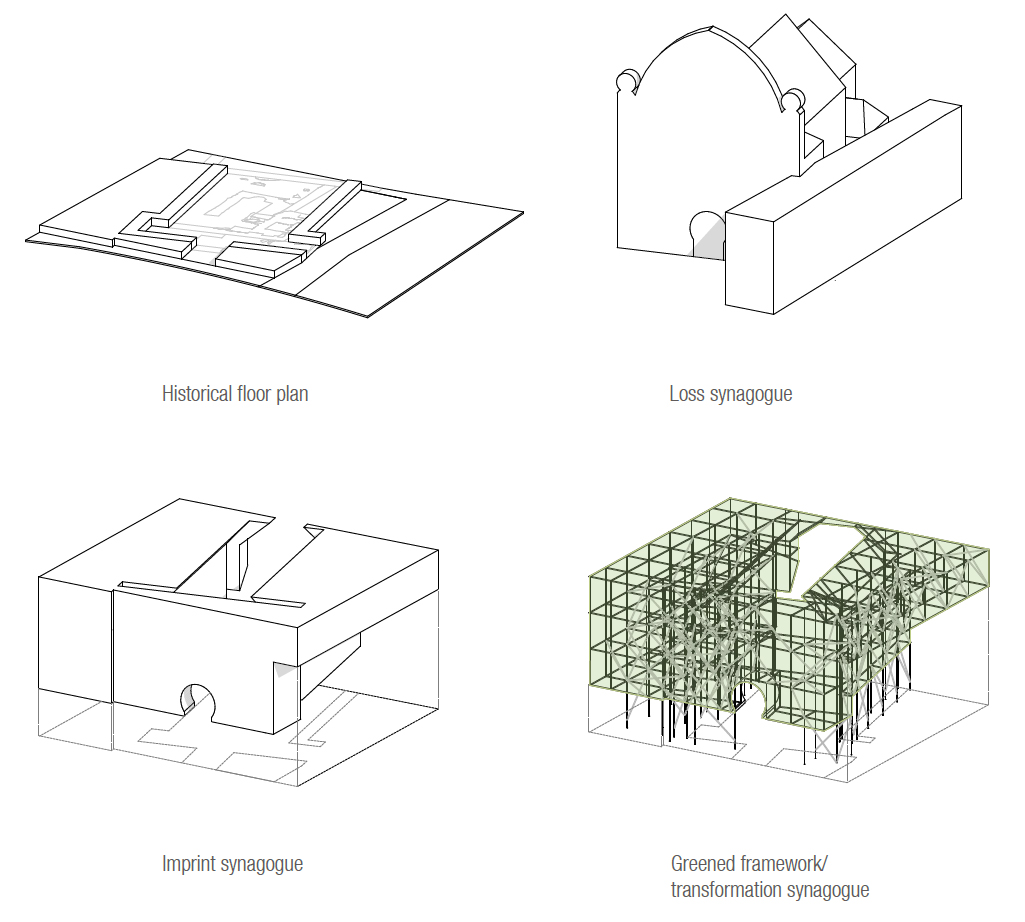 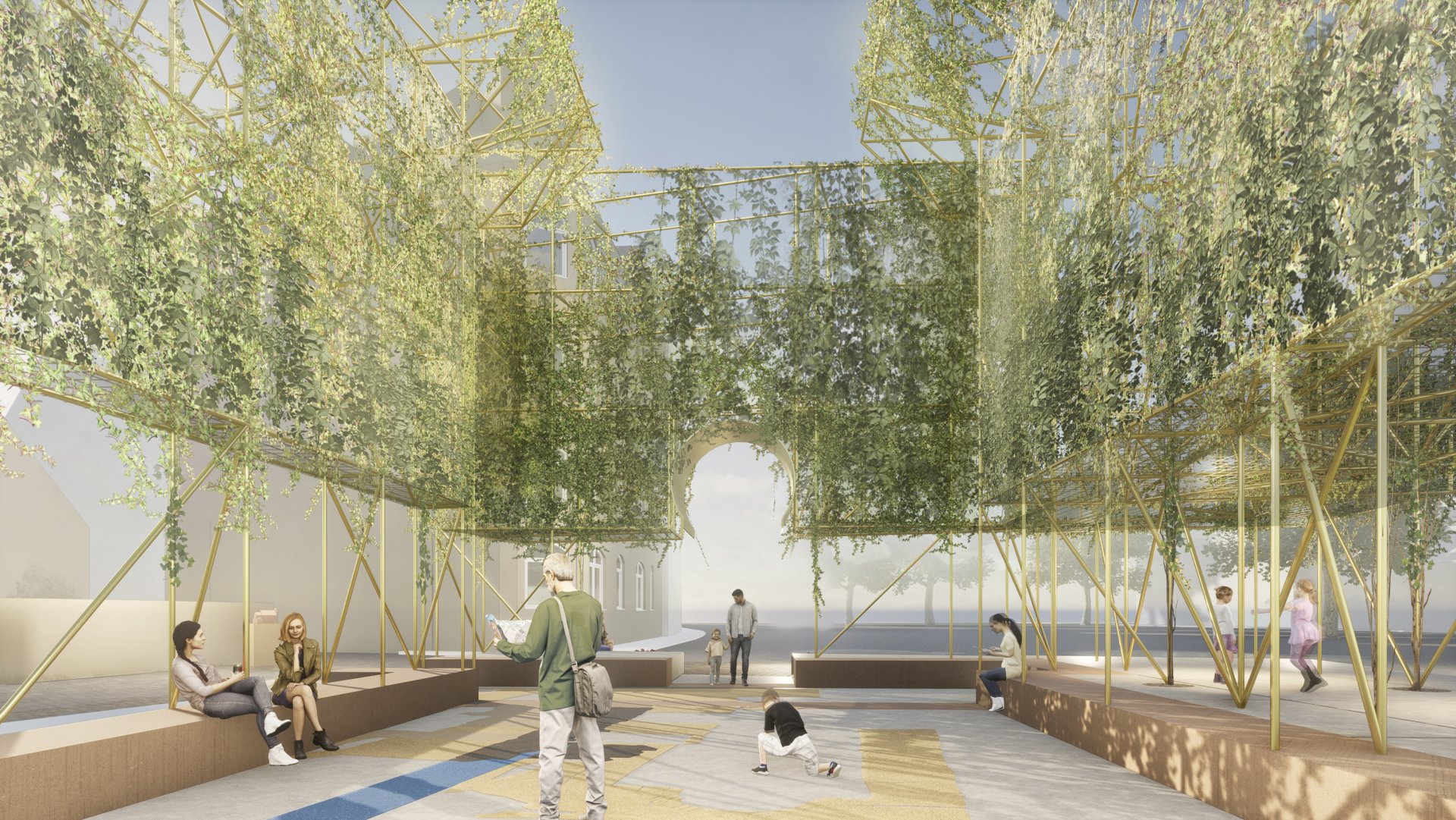 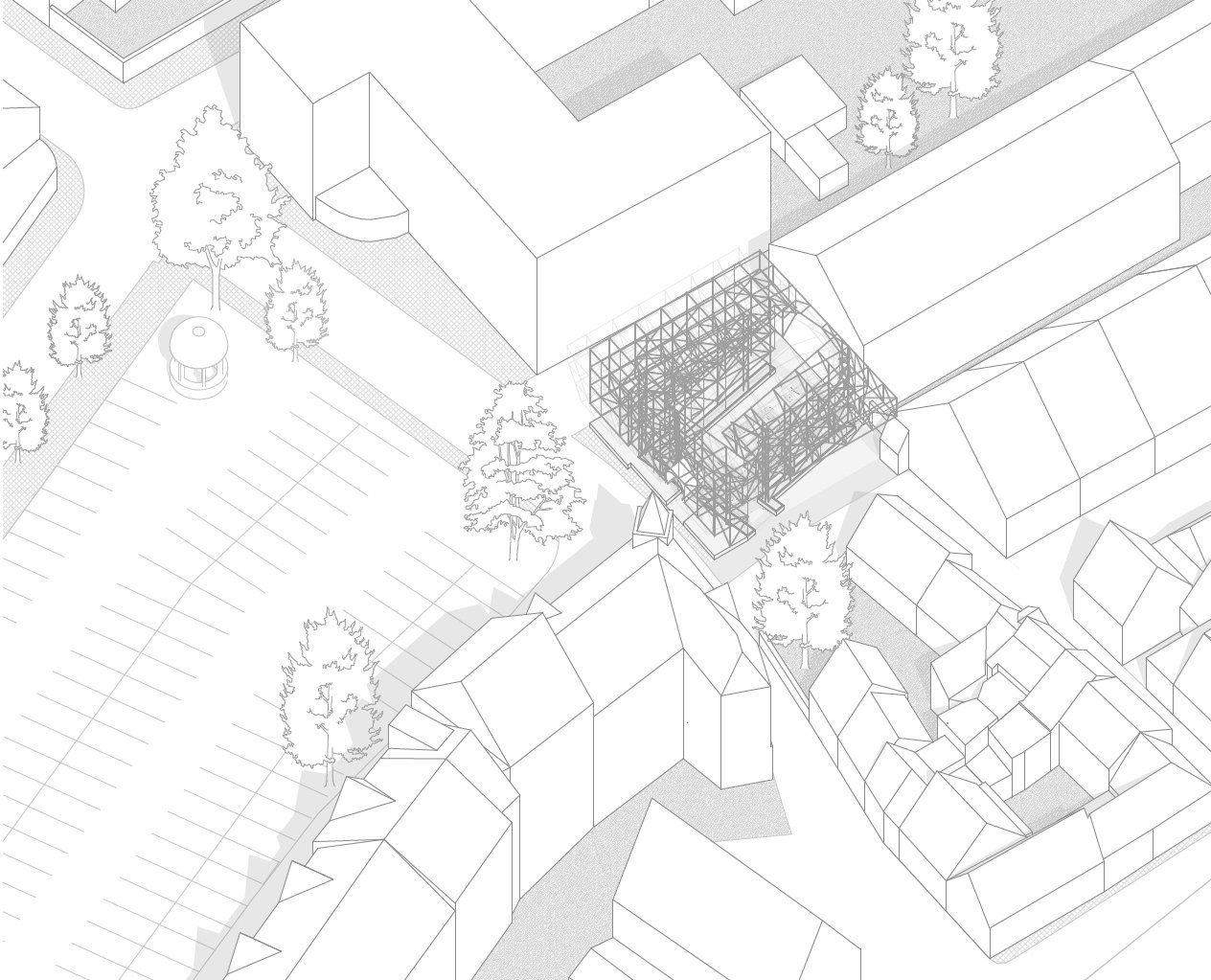 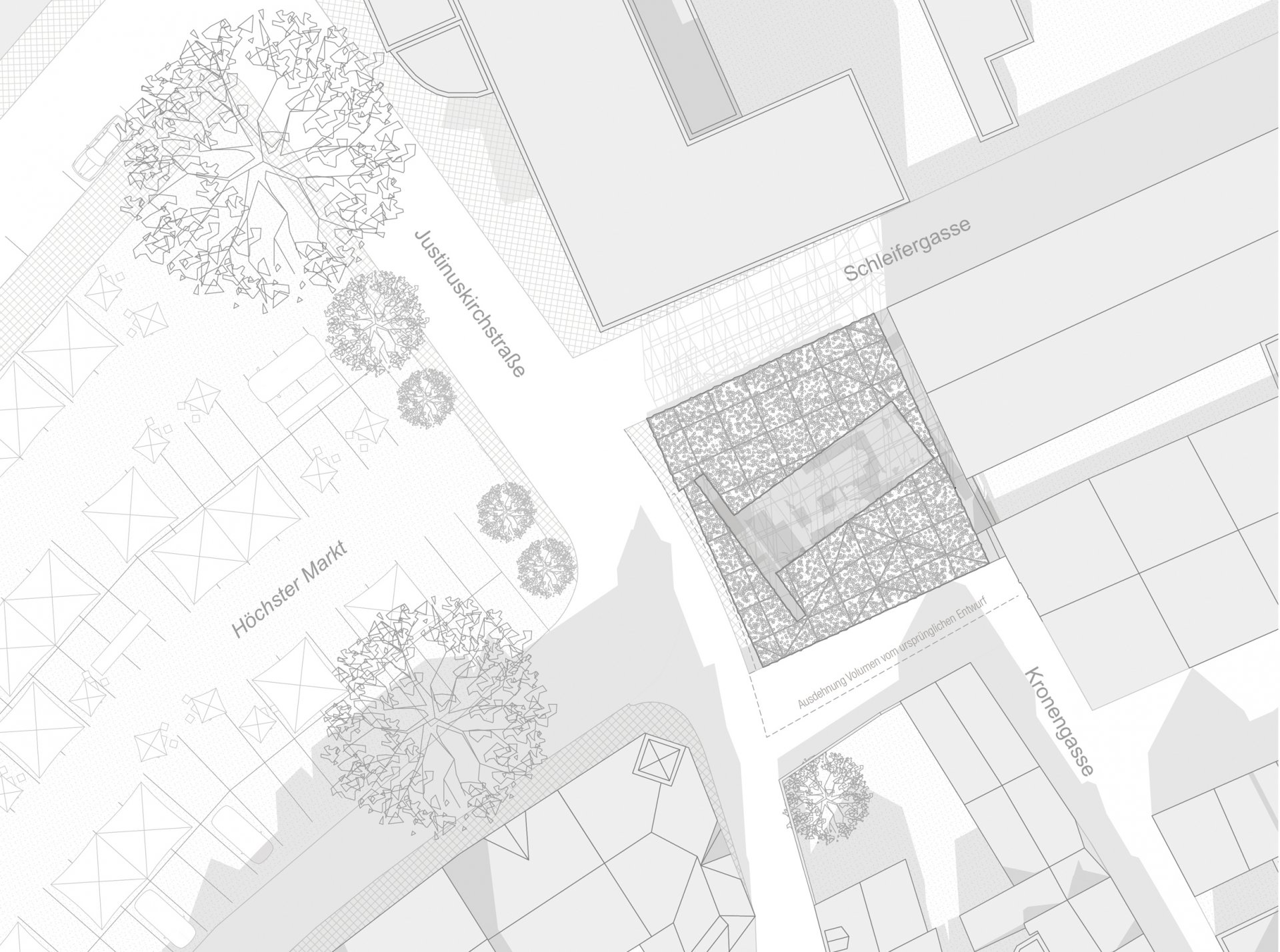 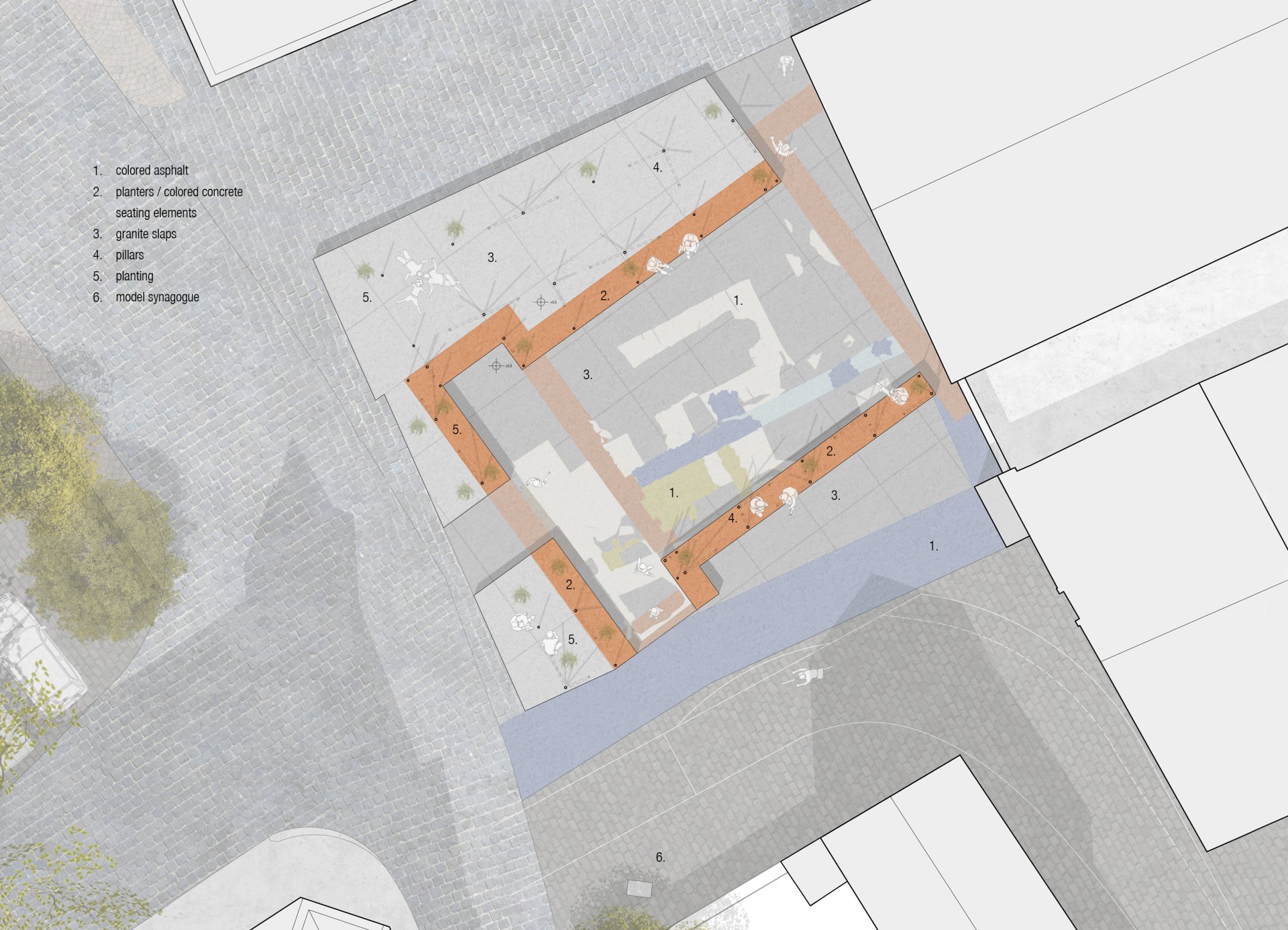 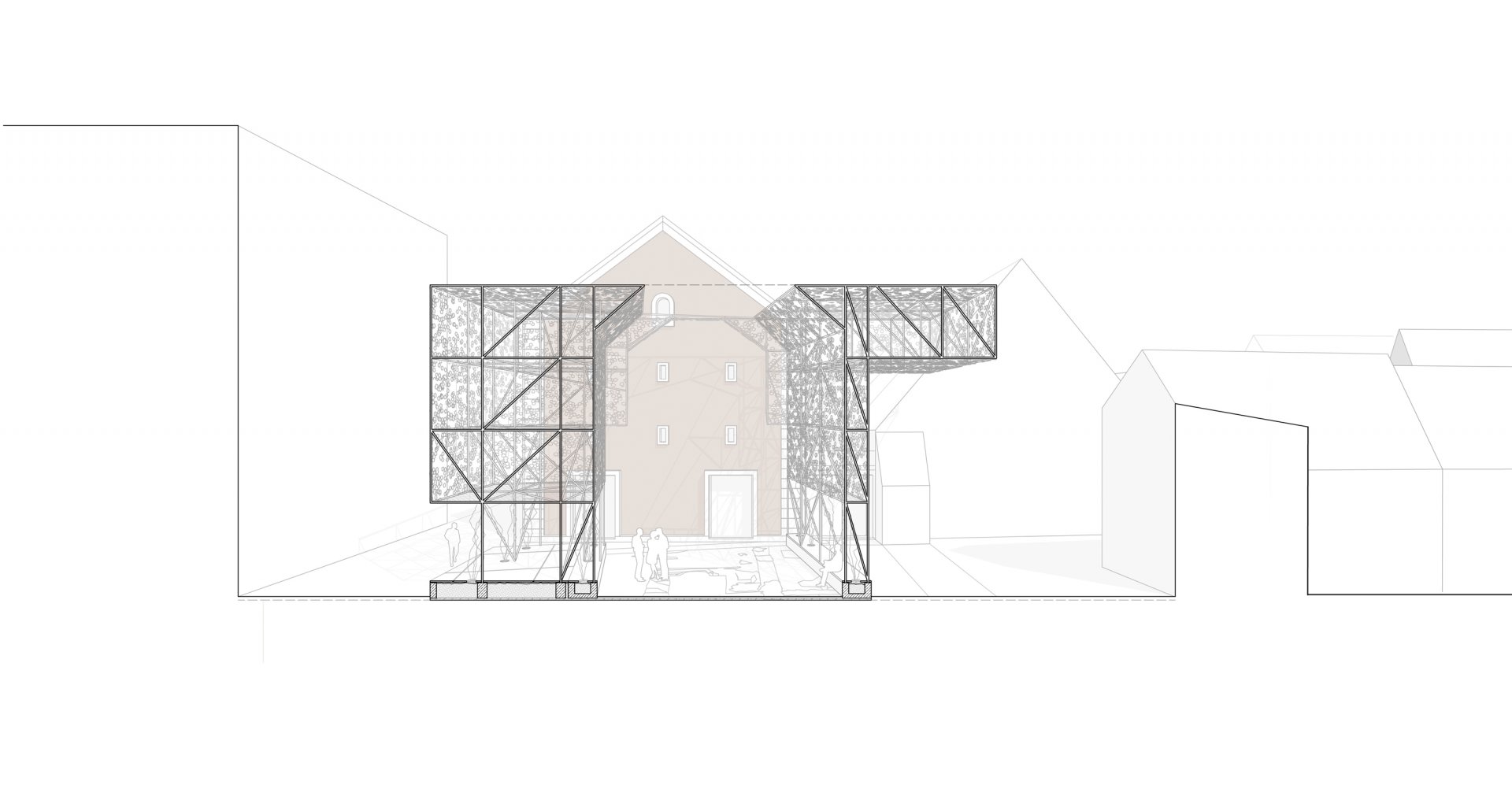 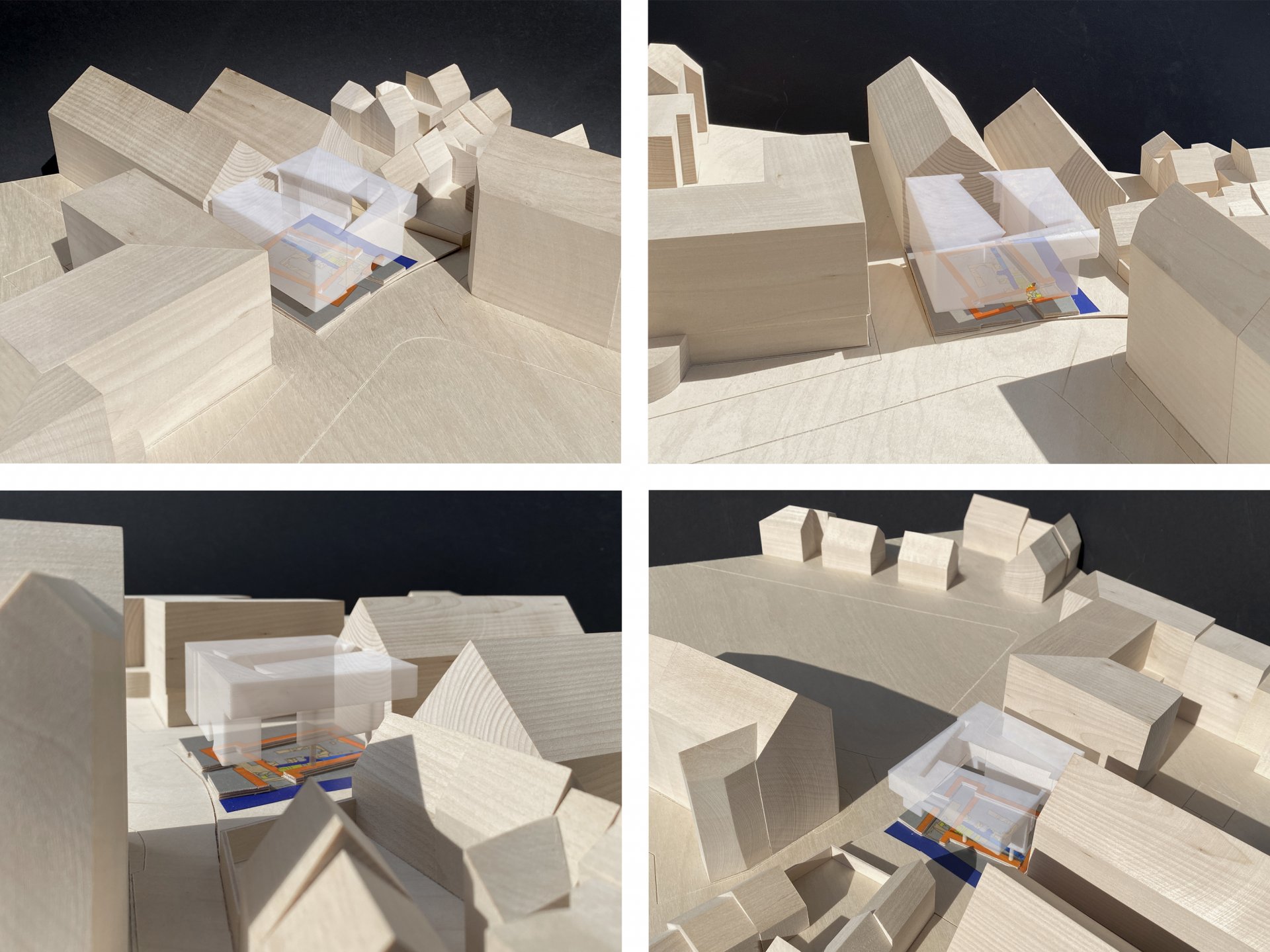 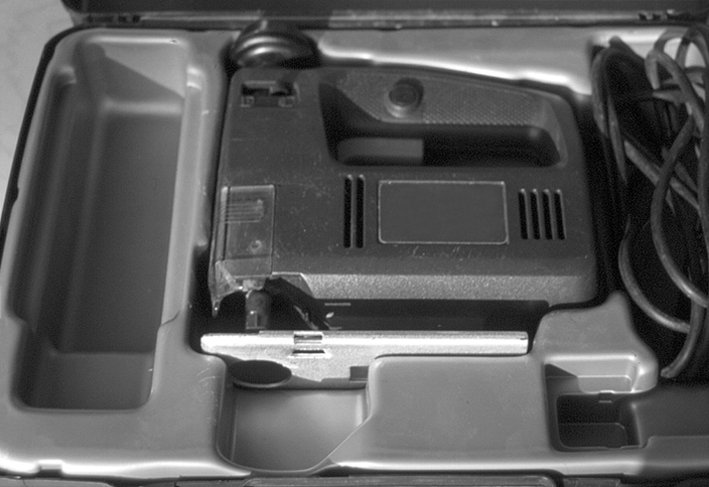 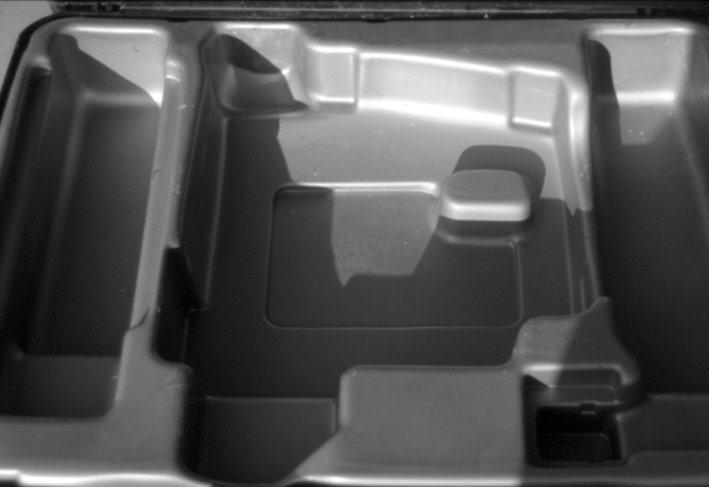 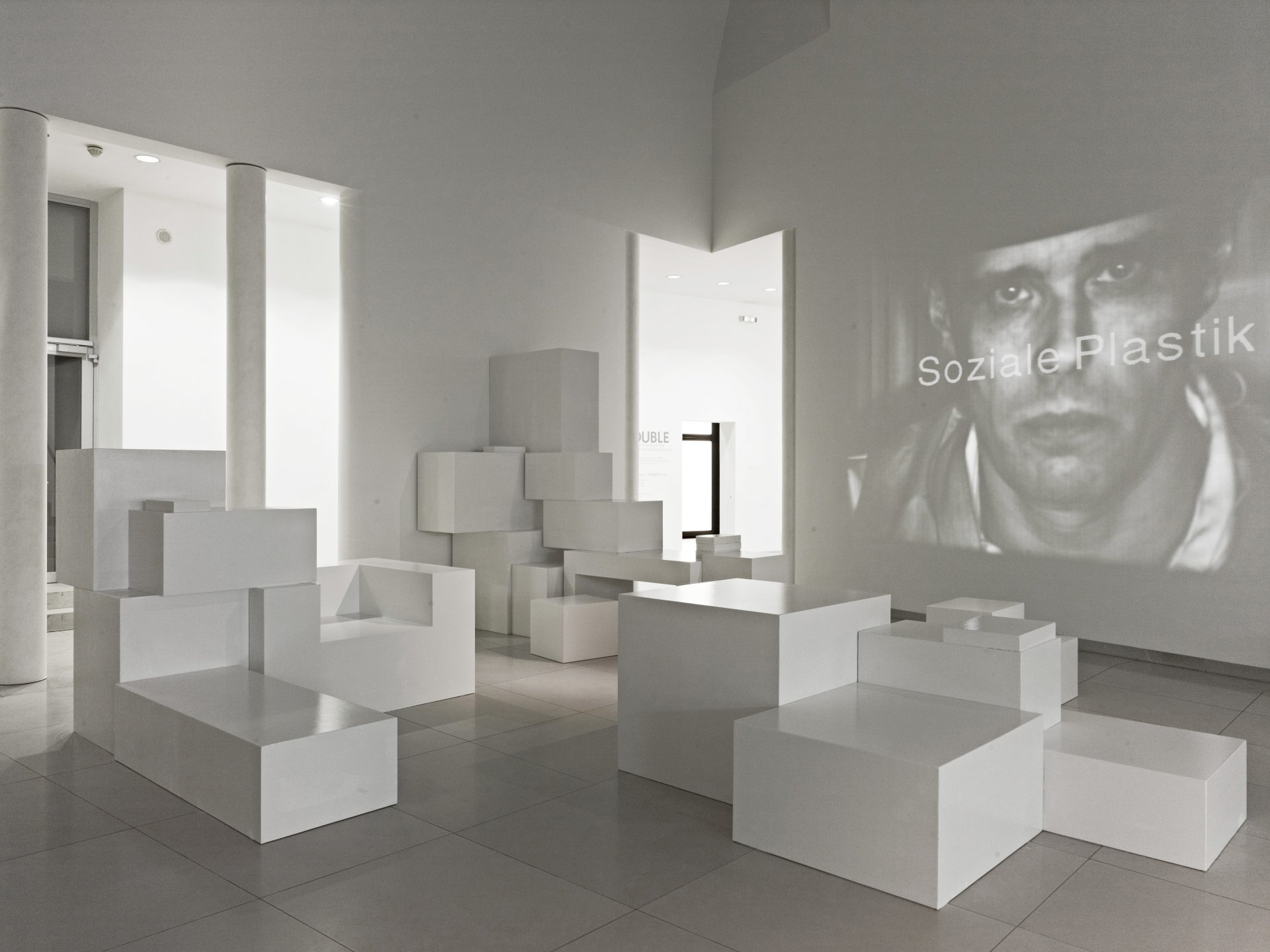 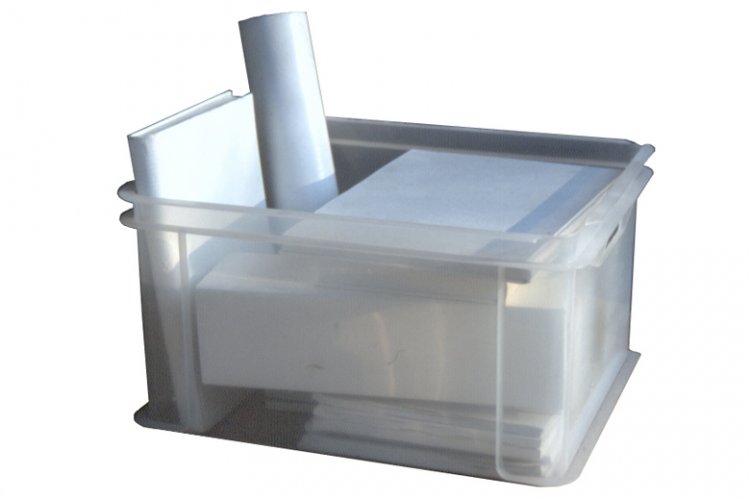 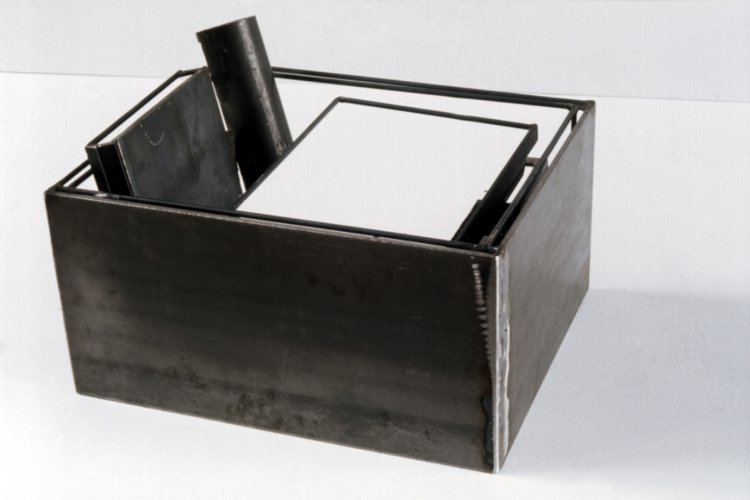 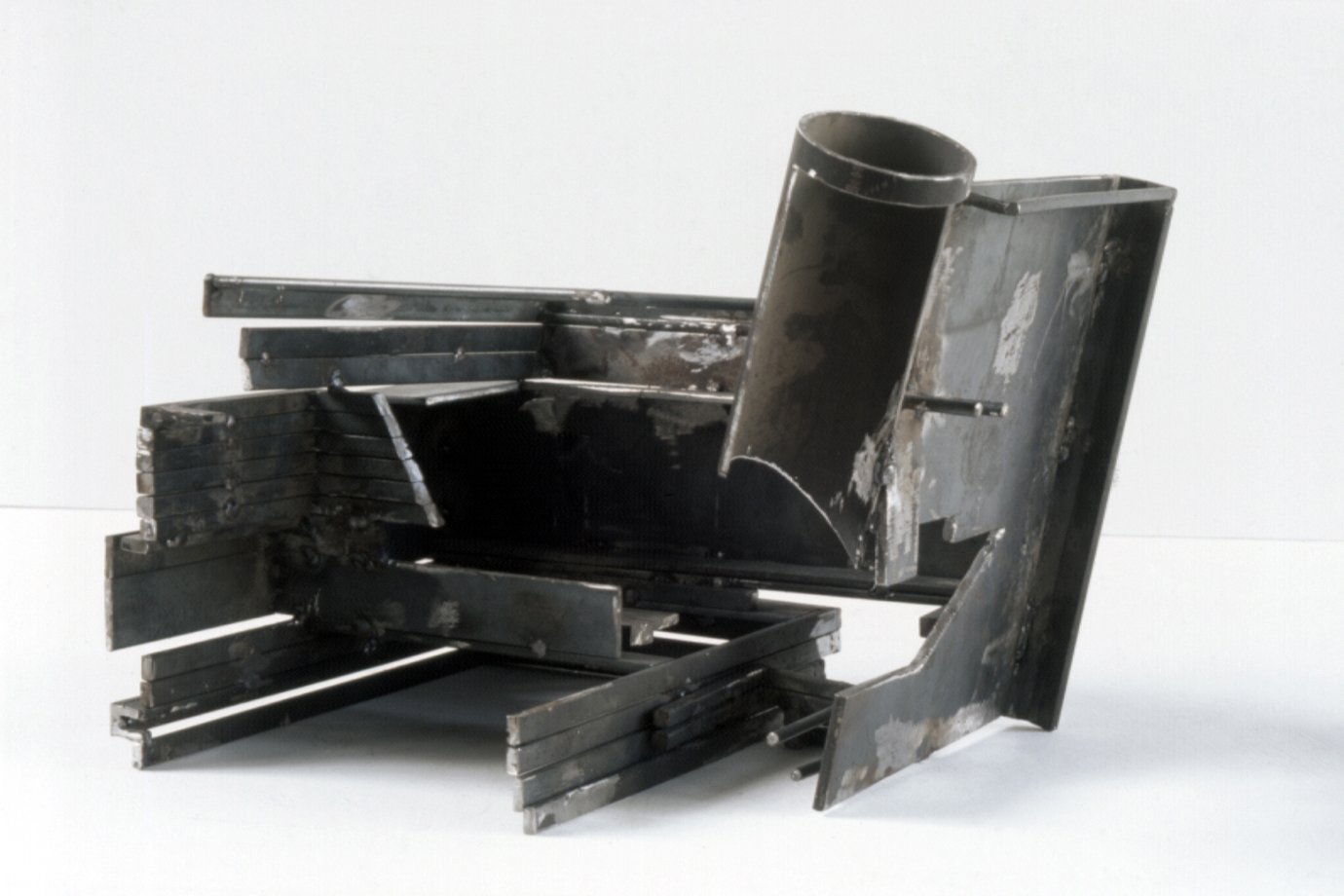 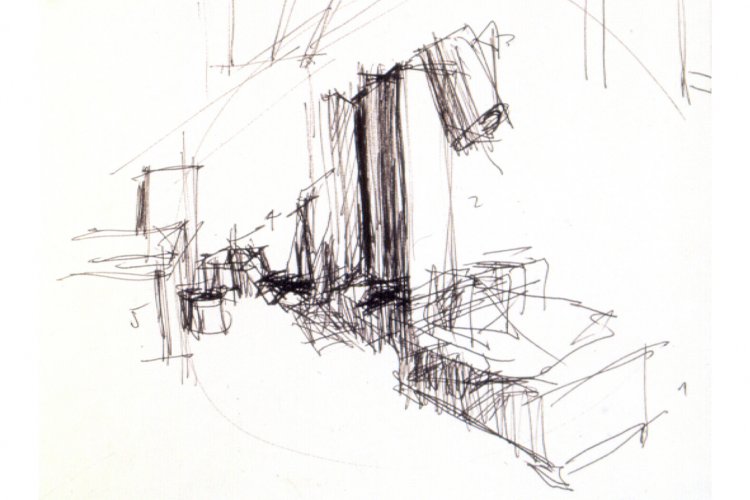 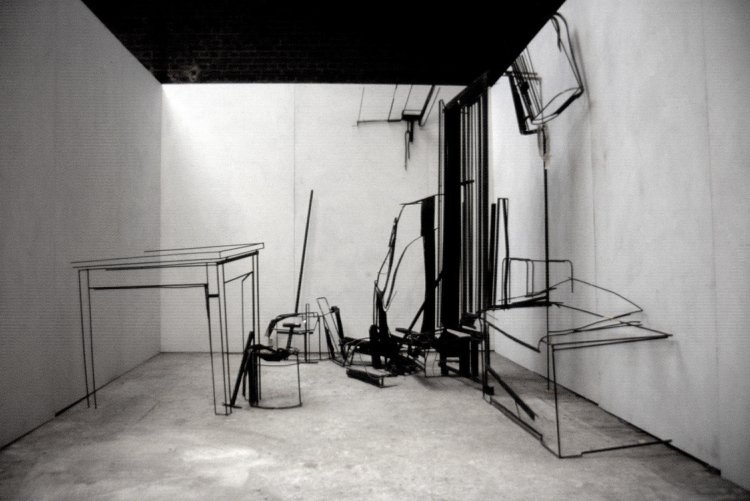 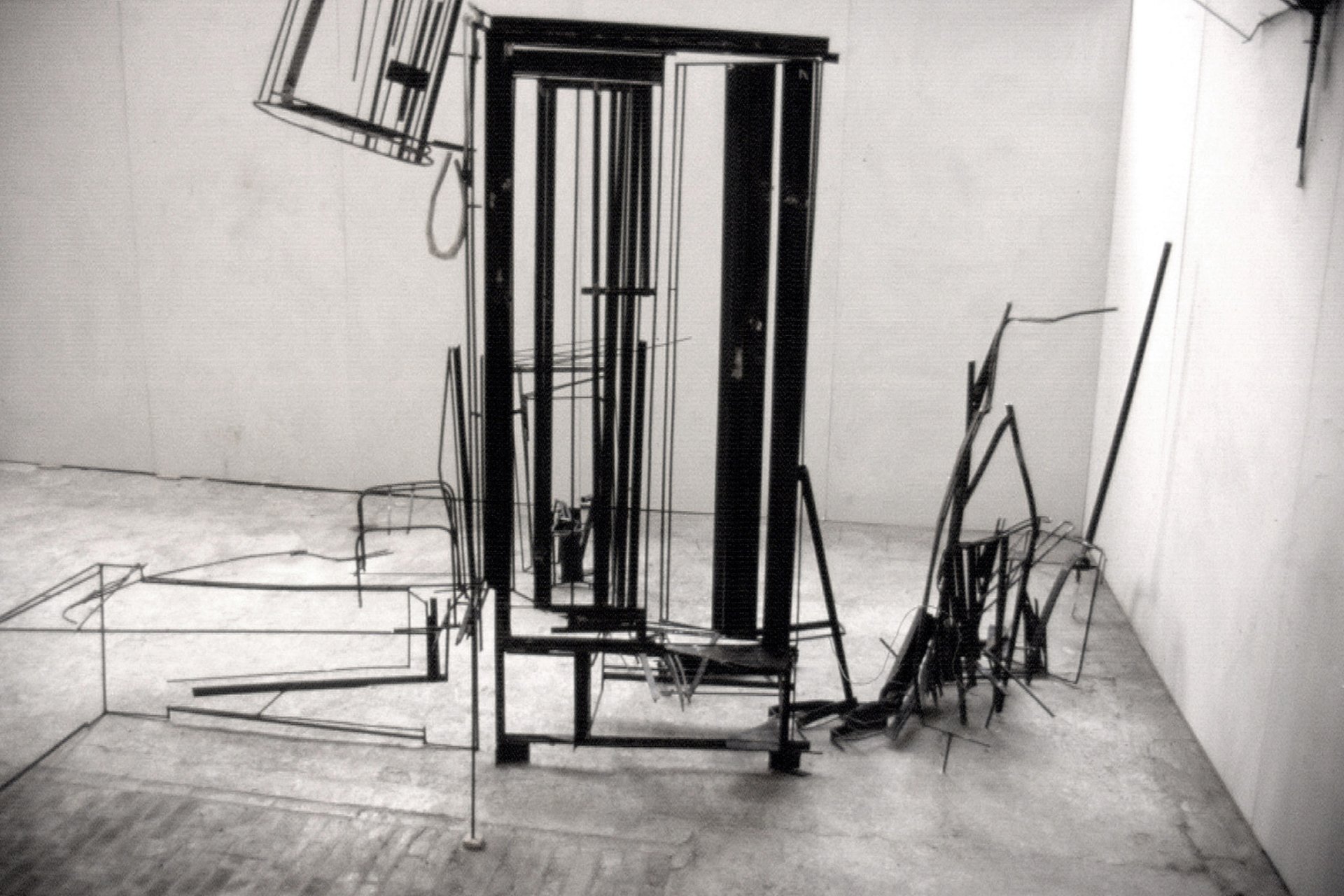 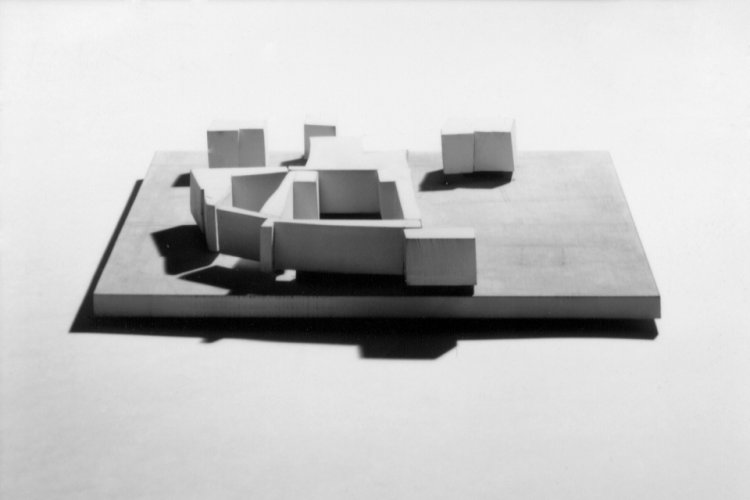 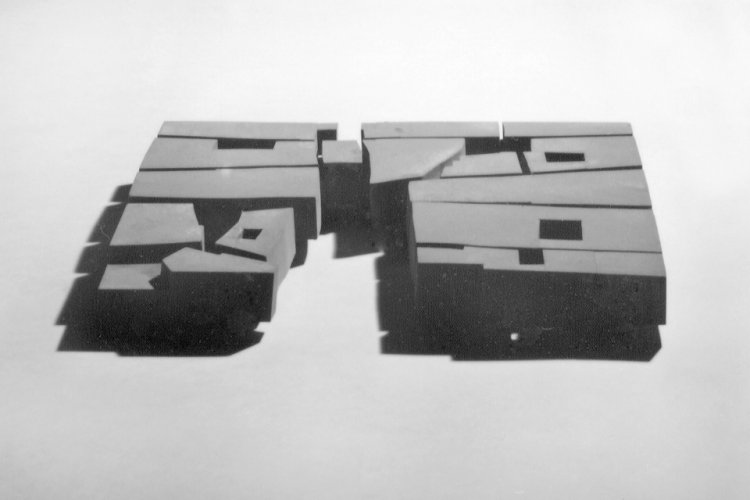 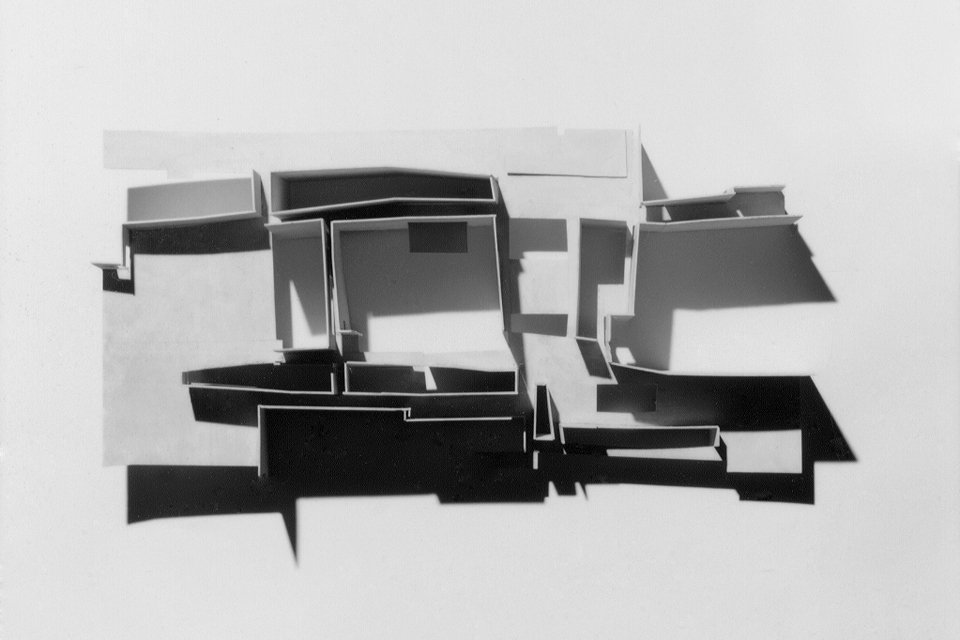 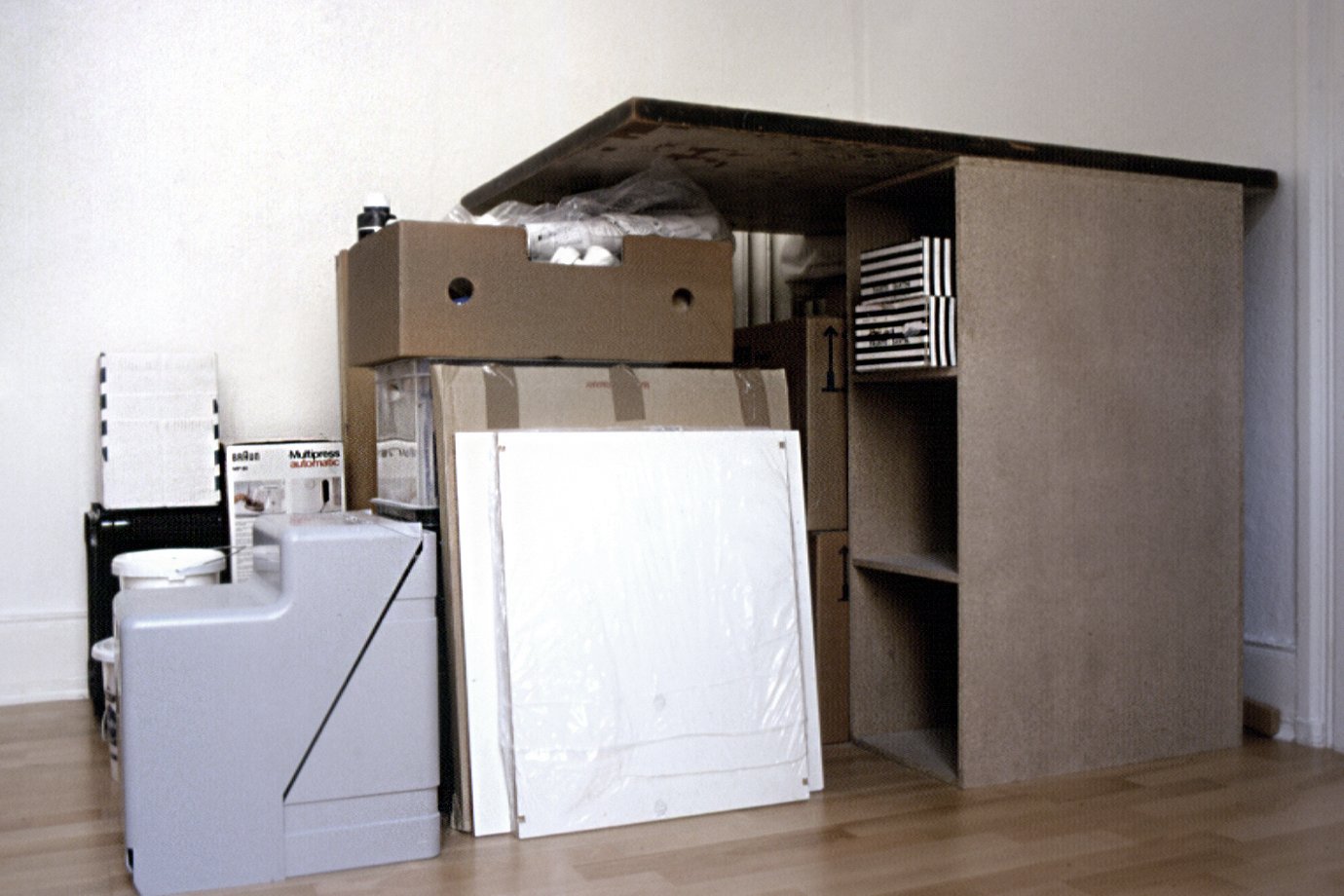 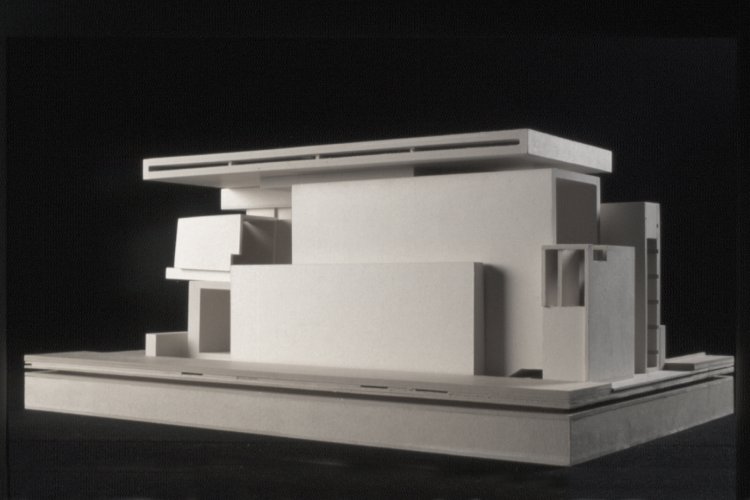 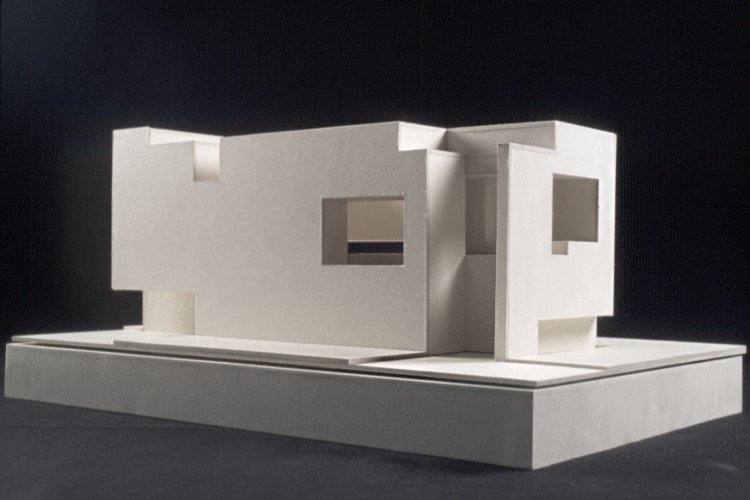 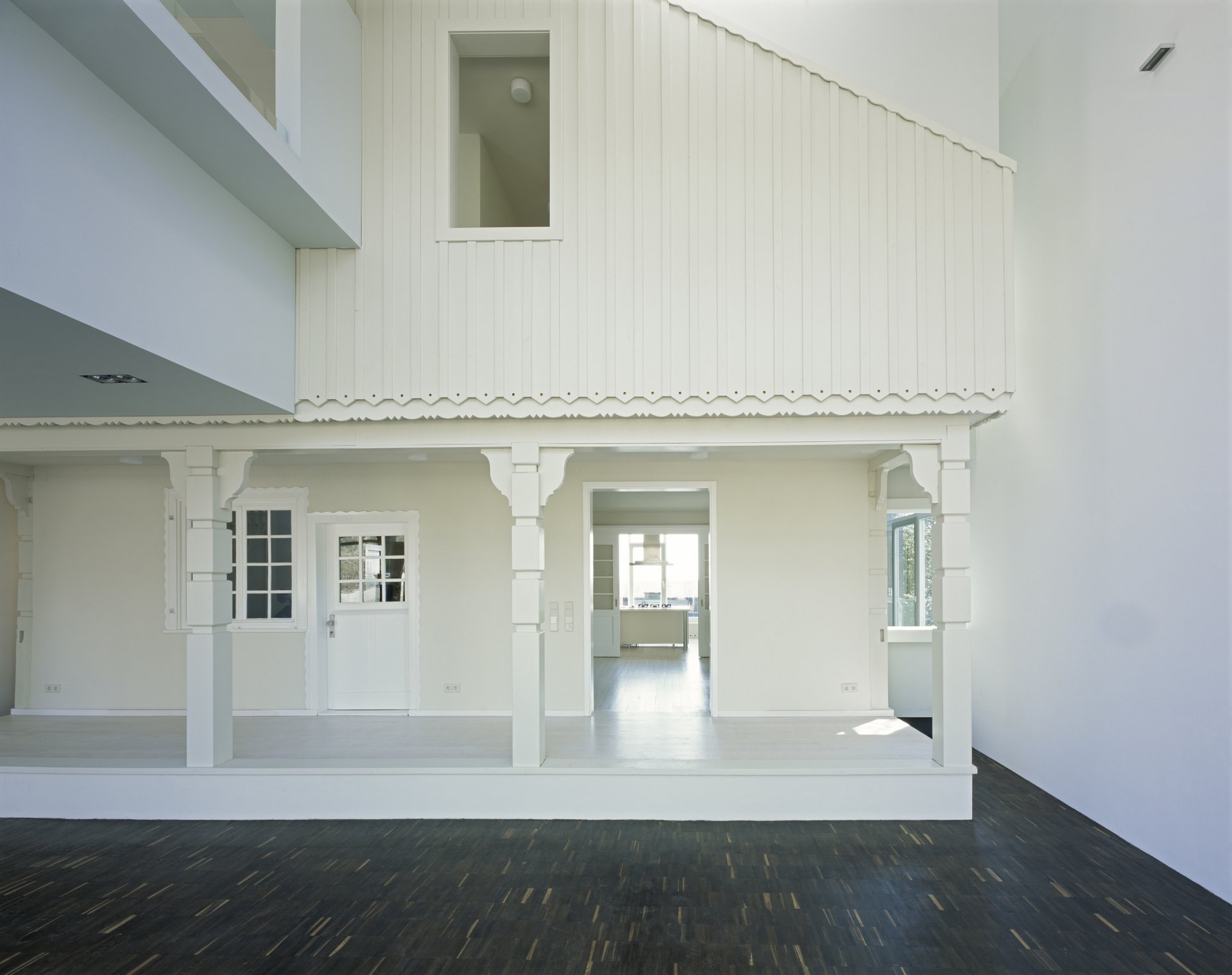 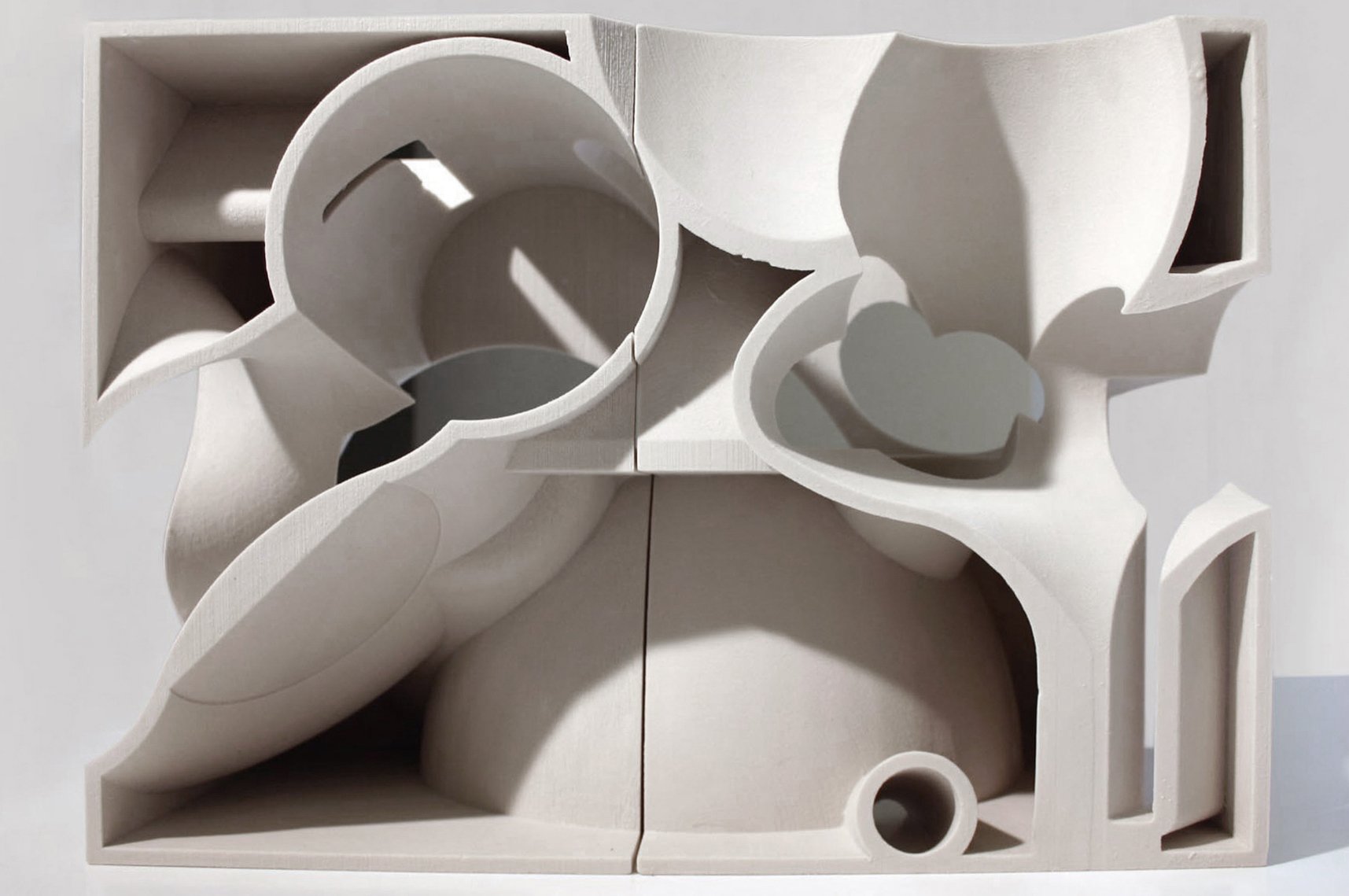 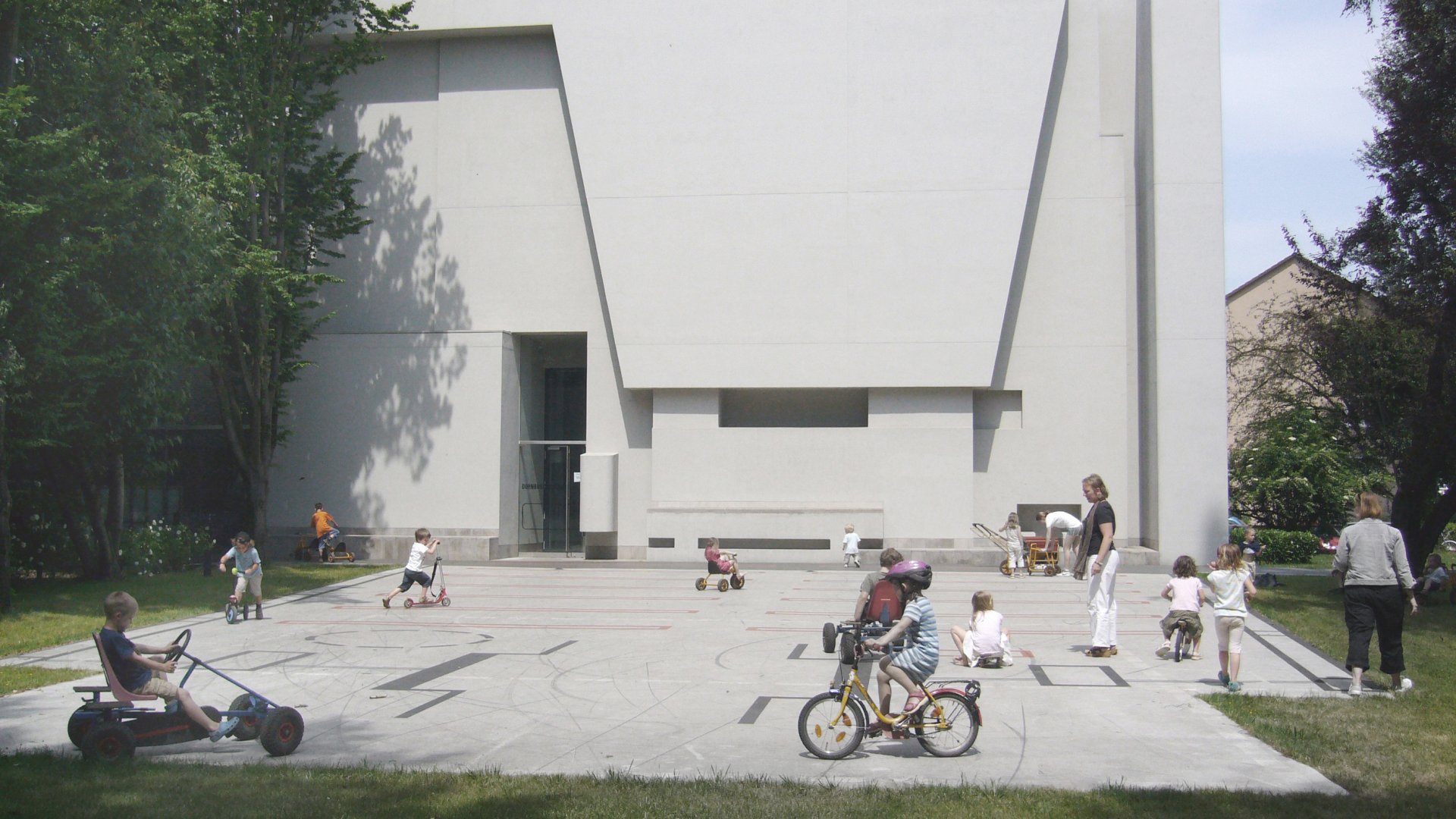